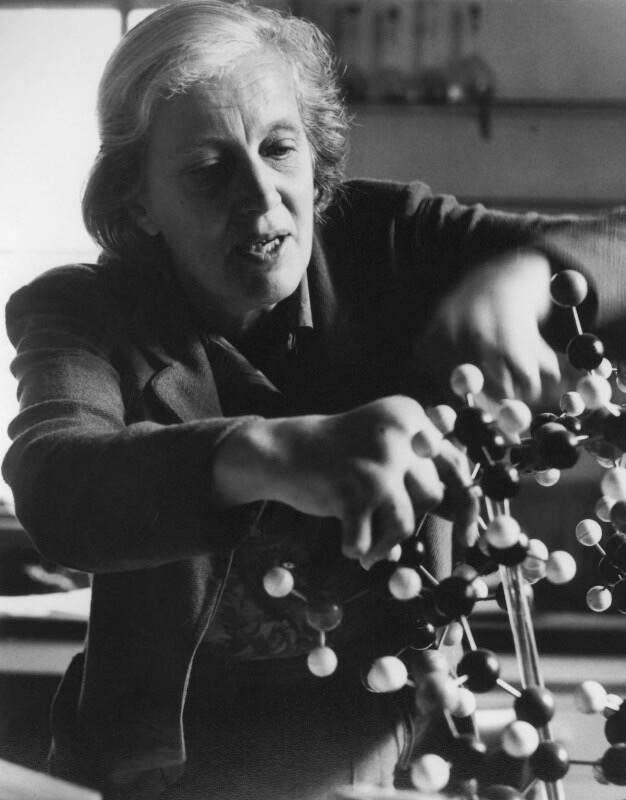 To celebrate Ada Lovelace Day today, I want to highlight Dorothy Hodgkin, a British chemist who made amazing discoveries with X-ray crystallography of molecules. In particular, she confirmed the structure of penicillin and discovered the structure of vitamin B12 and also of insulin.

She won the Nobel Prize in Chemistry for her work on vitamin B12, which was described as being as significant as breaking the sound barrier by Bragg, a contemporary who knew what he was talking about. It’s hard to imagine doing something that significant, isn’t it?

Personally, I’m most inspired by her work on insulin. She worked on and off for 35 years in order to determine insulin’s structure! That’s a lot of time and dedication. Part of that time was spent improving X-ray crystallography so that she could do the work she wanted to do. If the tools aren’t good enough, fix the tools first!

I first heard about her on the In Our Time Radio 4 programme on Dorothy Hodgkin last year. As with a lot of significant women in the world of STEM, they aren’t as well-known as their male conteporaries. If you can access the episode, I recommend it. X-ray crystallography is fascinating in and of itself, too.

I also recommend Dorothy Hodgkin and the Year of Crystallography by Athene Donald in the Guardian, from 2014 which provides many more details about her.

Ada Lovelace Day celebrates the achievements of women in science, technology, engineering and maths. Further information on the virtual events being held this year are on the Finding Ada Events page.