I’ve been trying to solve an issue with the rst2pdf Sphinx extension which allows you to use rst2pdf to create a PDF of your Sphinx documentation rather than using Sphinx’s default pdfTeX builder.

In order to understand what was happening, I really wanted to inspect variable at certain stages of the process, which is easiest with a step debugger. As I already use PhpStorm for step debugging PHP, I fired up PyCharm and worked out how to do it there.

Set up a Run/Debug configuration

PyCharm’s debugger works with Run/Debug configurations so that you can set the script to run, parameters, version of Python you want to use, etc. This is accessed via the Run -> Edit Configurations… menu item. It’s also available as a control on the right of the tool bar next to the “play” button.

To create a new configuration, we press the + button in the tool bar of the Run/Debug Configurations window. This gives us a list of possible templates and so I picked Python.

Each configuration needs a name, so I called mine `sphinx-issue168` as that’s test is the one that shows the problem. We can then turn to the key configuration parameters:

Script path
This is the python script that PyCharm will run when you start debugging. As I’m debugging a Sphinx extension, I need the full path to sphinx-build which is in the `bin` directory of my virtualenv, so for me this is /Users/rob/.pyenv/versions/3.7.3/envs/rst2pdf-3/bin/sphinx-build.
Parameters
The command line parameters to pass to the script. For sphinx-build, I looked up what was passed in the Makefile and used that: -E -b pdf -d _build/doctrees . _build/pdf

The key parameters are -E to force it to rebuild even if nothing’s changed and -b pdf so that it uses the rst2pdf builder.

Working directory
This is the directory that the script is run from. Although sphinx-build in on the path, the input files and output directory are relative, so I set this to the directory that the Makefile is in: /Users/rob/Projects/python/rst2pdf/rst2pdf/tests/input/sphinx-issue168 – again, a fully qualified directory as I’m not sure where PyCharm starts from
Emulate terminal in output console
Checking this means that we get formatting and colours. 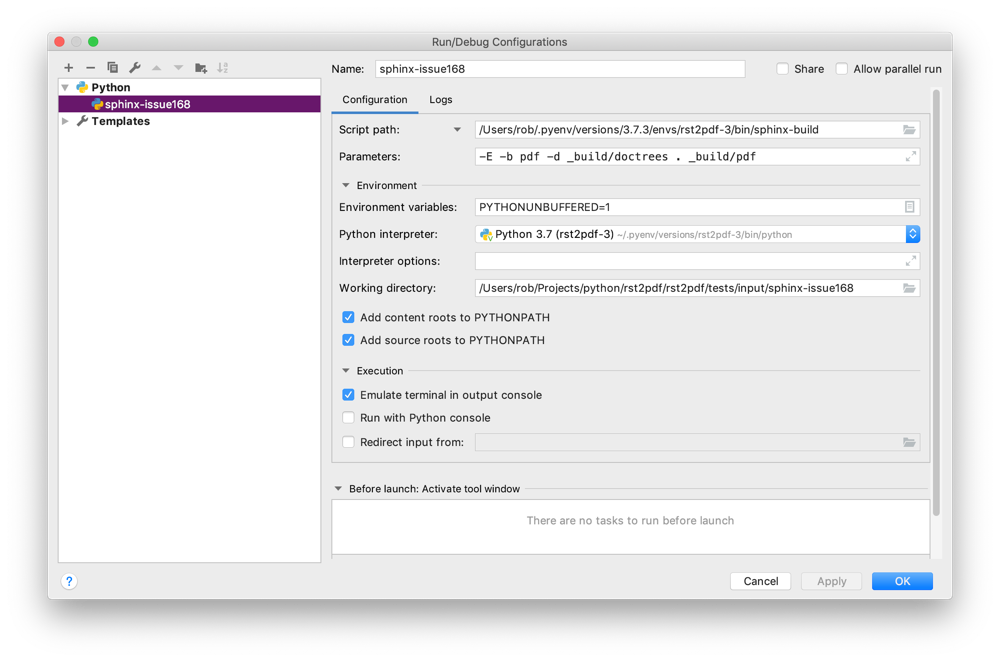 To debug, we first set a breakpoint. On Mac, the keyboard shortcut is cmd+F8.

We can then start the debugger with Ctrl+D (Run -> Debug ‘configuration’ menu item, or press the green “bug” button in the top-right-hand toolbar). PyCharm will open a debug console and you can see you script starting. When the breakpoint is reached, the debug pane changes to Variables view where you can see all the variables currently in scope.

Useful operations from here are: 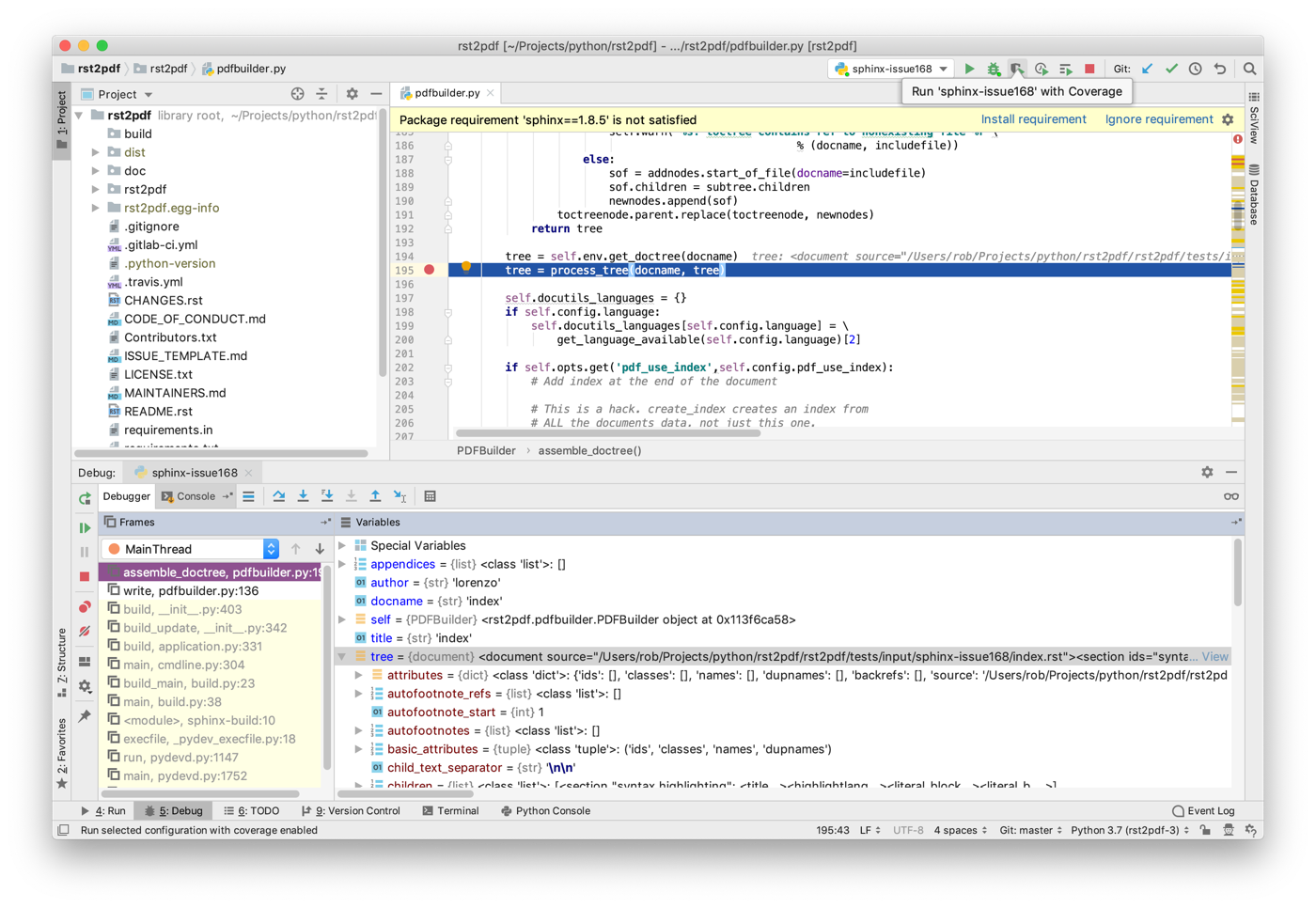 Once I had this working, I was able to determine how the extension interoperated with Sphinx and work out what had gone wrong. In this particular case, it turned out to be the result of a change in Sphinx that was fixed in a later version that the version I was using.