As we reach the end of 2019, I again get the opportunity to look back at my year through the photos that I took as I have done every year since 2009. I have been doing a Project 365 for a good few years which acts as a diary too, so I have the opportunity to appreciate what happened this year in my life.

Early in January, I spent an afternoon taking photos with Stu Herbert and took my car-mad son to the Autosport International show at the NEC. We didn’t get much snow this year in Worcester, but the little we did was mid-January. At the very end of the month, I spoke at Serverless Days Cardiff on OpenWhisk. 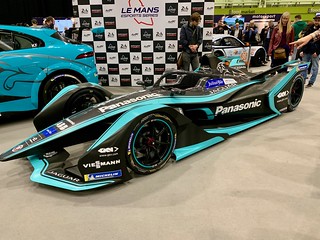 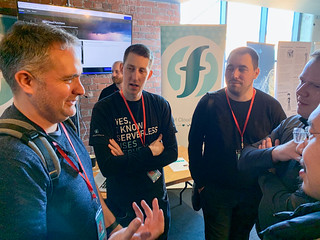 Immediately after Serverless Days Cardiff we went to FOSDEM. We had a day to ourselves and went to the Atomium which was fun. A week later, I spoke at Sunshine PHP. Both are great conferences! Unfortunately, I missed PHPUK as my wife had a horse-riding accident and broke her ribs.
I also got in my first trip to a railway, spending the morning at the SVR in some lovely light! 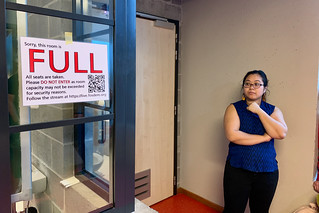 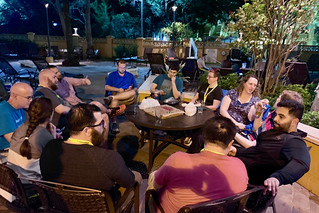 March saw a trip the SVR’s Spring Gala and then with the passing of my aunt, a funeral. I don’t see that side of the family often, so although it was a sad reason, it was good to meet up with everyone. I also popped over to LA to see a client at the end of the month and caught up with Evan. 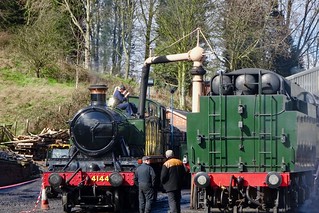 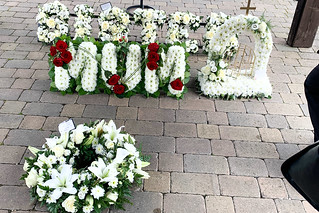 In April, I attended PHP Yorkshire which meant a quick trip to the NRM as I was in the city! I also visited various user groups and walked in the woods. 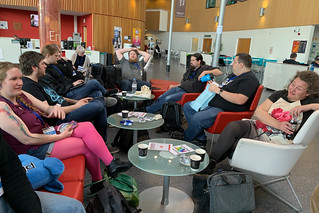 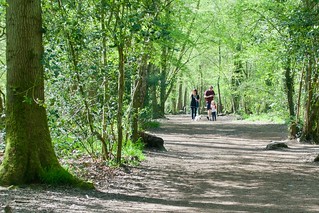 I spent a couple of days “up north” in Yorkshire visiting the the KWVR and NYMR railways while visiting friends overnight. I also went the SVR’s Diesel Gala where I had a tour of the inside of 50 044. It was a good photographic month for me! We also went to the polls this month and would go again in December. 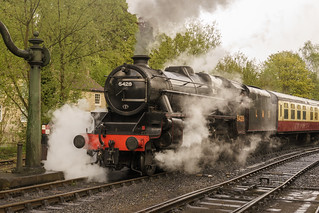 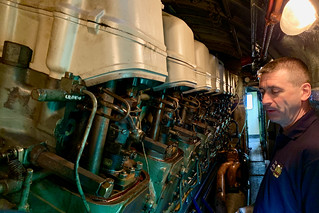 June saw a trip to Amsterdam to speak at DPC and then I attended LeadDev in London. I also played my Switch more this month and by the end of the month it was warm enough to be regularly eating ice cream! All my Project 365 photos have been in black and white this year, and I also chose to publish my LeadDev phots in black and white too. 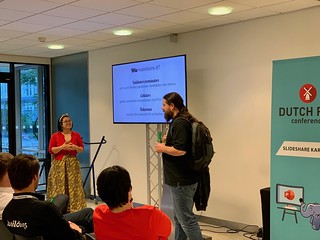 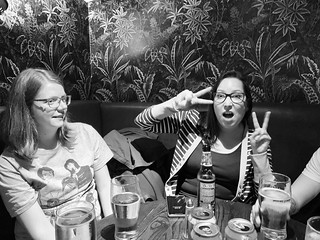 In June my youngest was on a float for the Worcester Carnival and I got a new camera: a Fuji X-T3! I’m really happy with the new camera and lenses and expect to take even more photos next year! Towards the end of the month we headed to Spain for a holiday in the sun where I struggled to take a good sunrise photo, but did eat lots of ice cream! We also celebrated our wedding anniversary. 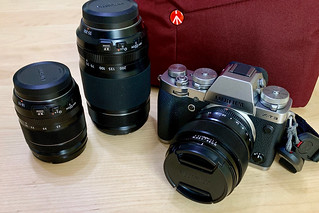 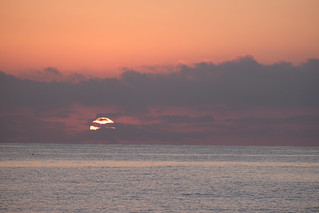 We continued our holiday into August and it was a quiet month upon arriving home. I popped over to the SVR and also took some photos in Worcester. 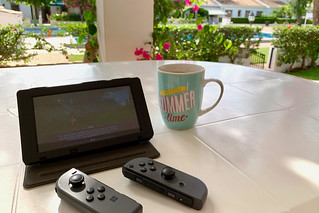 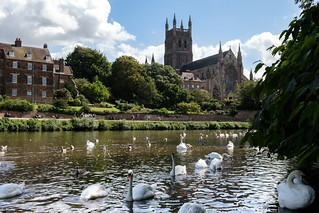 The most momentous even in September is that my eldest left for University and we had to adjust to being a family of 3. We also had our annual family gathering of my mum & her sisters’ families. I went to the SVR for the unveiling of 50 033 after restoration . The group working on it have done an amazing job. As my wife was away, I took my youngest to his horse riding lesson at the end of the month and took a few pics with my long lens which was fun. 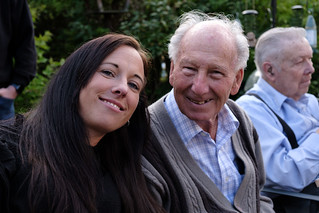 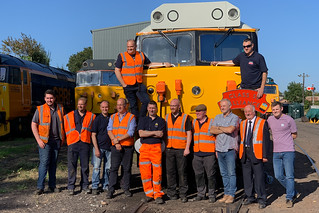 September and October are traditionally conference months for me, but this year I only attended one conference: OggCamp. I’ve been trying to attend for a few years now, but it kept clashing. This year that didn’t happen and as it’s an uncon, I spoke about photography! Lorna also managed to nab one of the key SnapCraft people and we got some help on how to package rst2pdf as a snap which was very useful. Worcester was flooded in October too which was inconvenient. 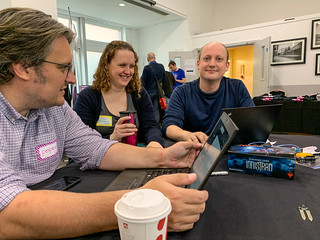 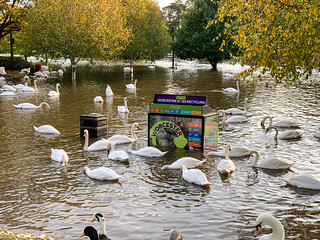 I attended Bristech and spoke at Cardiff DevFest in November. As I had some spare time in Bristol, I had another attempt to photograph the Clifton suspension bridge and did a better job than in January! This was the month that I bought a new MacBook Pro 16″, but struggled with software issues and returned it. I’ll try again to replace my laptop next year. It was also my sister’s boyfriend’s 50th, so I took a trip up to see him and we drunk rather a lot of whisky! Guess what? As I was up that way, I popped into the ELR to take a few photos! 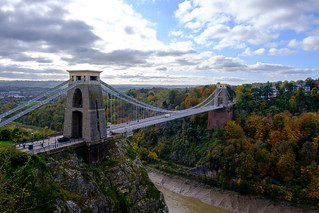 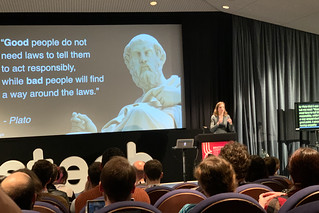 Sadly I attended another funeral in December. My wife’s grandmother died at the ripe old age of 99. We haven’t seen that family in a good few year, so it was interesting to see how grown up all the kids are now! This month also saw the end of InterCity 125 HSTs on the Great Eastern main line. The LNER train company ran a special train painted in the 1970s livery that the HSTs were launched with, so I drove 2 hours to take a photo in 30 seconds and then drove home again! My son came back from Uni for Christmas too. It’s great to see him, but he’s shocked at how slow our Internet is compared to what he’s used to 😂 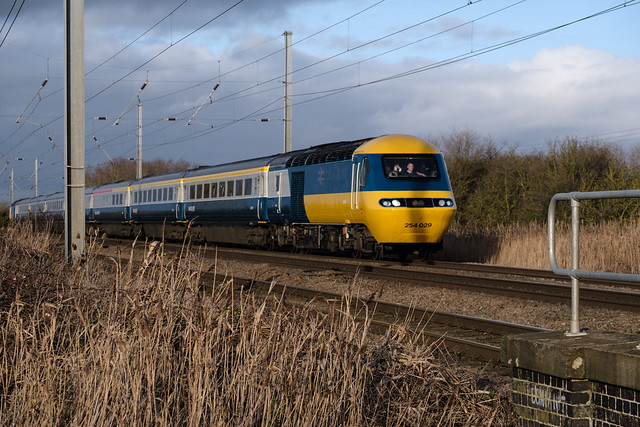 As usual, I forget what happened during the year which is why I take so many photos! This year in particular I made an effort to get away from my desk and take photos outside and indulge my enjoyment of taking photos of heritage railways. Next year, I would like to see if I can widen my repertoire and take more photos of landscapes too.

On the whole, it was a great year though!

This article was posted on 31 December 2019 in Me, Year in Pictures